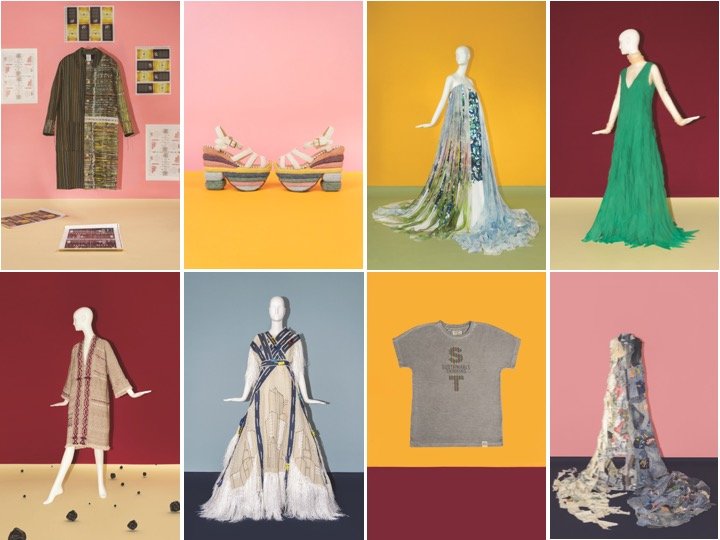 On the starting day (12 April) we visited the innovative exhibition dedicated to food for thought on the theme of sustainability in fashion, art and architecture.

The project, which stems from an idea by Stefania Ricci, is part of the initiatives of the Maison Ferragamo carried out along the path of transparency and ethics undertaken. For the Salvatore Ferragamo brand, investing in sustainable development means believing that the use of innovative materials, the link with the territory, the attention to the environment and to its people are essential elements for success. It represents perhaps the best way to respect the values transmitted by its founder, who has always experimented with natural and unusual materials to build a philosophy of the physical and psychological well-being of his client.

This is not about exhibiting all the possible techniques, practices and raw materials to reduce the environmental impact. Instead, it is a treasure chest of well presented ideas, a well-kept container of stimuli for reflection that come from the exhibited creations, the result of the combination of artistic experiences and main sustainable fashion researches. Walking through the rooms you move into a new world – we hope of a very close future – in which you are accompanied to open up to a thousand possibilities to create having in mind the reduction of the human footprint on the environment. The clothes, the works, the exhibited materials invite a change of mentality, with which man understands that he can no longer be at the center of the universe at the expense of other creatures and of nature, but respecting the centrality of the person must fit harmoniously in a fragile ecosystem.

From reuse, to transformation, to new materials, each room is a discovery or confirmation of new options. We recommend visiting the exhibition. Here we take you along the route with us in the different rooms.

In the introductory room, interactive screens present information, data and images (thanks to the contribution of Hakan Karaosman, professor at the Luxury Fashion Management course at the Politecnico di Milano) that explain the changes needed in the production area to find the balance lost in the delicate ecosystem. In the same room the work Invasion by the artist Pascale Marthine Tayou expands immersing the visitor in an unbalanced ecosystem, in which the plastic dominates over the destroyed natural elements. There is also a tribute to Joseph Beuys, considered one of the great masters of the second half of the twentieth century, a precursor of environmental, political and cultural issues, and founder of the Green Movement in Germany, of the Organization for Direct Democracy and of the Free International University for Creativity and Interdisciplinary Research.

The second room is dedicated to Salvatore Ferragamo and his engaging, consistent and continuous work on materials, enhanced in each model while preserving their characteristics and at the same time adapting them to the functionality of the footwear. 77 pairs of shoes created in the 30s, 40s and 50s from the combination of local craft techniques, silk and cotton embroidery, needle lace produced in the surrounding countryside, straw weaves used for production of the famous Florentine hats and for the experimentation of leather, embroidered uppers, but also of poorer materials and never used for shoes at the time of Ferragamo: paper, tree bark, raffia, fish skin, cellophane. The wonderful shoes created by Ferragamo with cork wedge, from trees typical of the Mediterranean area, are the proof that every material, even the most modest, can be creatively modified so as to be well placed in the world of luxury, from which it originally appears very far away. This room is a daydream for those with a passion for shoes. Many of the models in this section could be perfect to represent the theme of sustainability in contemporary fashion, even if in the years in which Ferragamo’s works there is certainly no mention of environmental protection and the desire for novelty stems from different reasons, from the scarcity of more prestigious materials and from the rarefaction of raw materials.

Transformation – clothes, accessories and works in this room come from the idea of reworking secondary raw materials (pre- or post-consumer or pre-industrial). The transformation of waste must strictly take place through a mechanical process, in order to be sustainable by avoiding the use of polluting chemicals.

There are two artworks exhibited in the hall. The first is by El Anatsu, Energy Spill, a multitude of fragments of cans arranged as pieces of a precious contemporary mosaic, connecting Africa to the West and, at the same time, past, present and future. The other artwork is by Sheila Hick, Satellite Interplanétaire, a circular sculpture in wool fiber that placed on the wall punctuates the space “as a constellation of an interplanetary garden”.

Craftsmanship and social fashion – Two categories of crafts that can meet sustainable criteria:

Five fashion designers were involved in the exhibition, creating exclusive pieces and accessories with enthusiasm, showing how, according to them, craftsmanship is a fundamental element of sustainability and social responsibility.

Weaves – Seven suspended sculptures (Intrecci), made by Paola Anziché with a clever concentric weaving that enhances the characteristics of the fibers (including cotton, cork, linen cord, paper ropes, organic cotton, raw wool, silk, natural raffia, braids of wheat, wool felt, pineapple, banana, jute, sisal rope). In this section there is also a long kimono made with two panels of softly felted organic wool, by Cangiari, the first eco-ethical haute couture brand in Italy, to underline the connection with Anziché’s work in the craftsmanship of fabrics.

Social innovation – The work presented in this section is Life Guard by Lucy + Jorge Orta, which refers to the state of emergency caused by the multiple conflicts in progress and the following dramatic wave of migration in recent years. An invitation to “REAGIR [e]” (to react), “MOR”, the immorality of refugee traffic, and actively contribute to the achievement of “PACE” (peace).

Innovation – Materials, clothes and accessories that are part of a new generation in which innovation, responsibility, nature and creativity are integrated.

The designers create with:

Fibers and materials: the first polyamide yarn in the world that with its chemical structure based on carbon and hydrogen is intrinsically nourishment for bacteria and degrades in just five years (Amni Soul Eco® by Solvay); the 100% vegan fabric obtained from apple waste (Appleskin produced by Frumat); the material derived from the smart-tech transformation of cotton linters (Bemberg™ by Asahi Kasei); the fiber from the crushing of the shells of crustaceans from the food industry (crabyon); polylactic acid (PLA) (from Natureworks sold under the Ingeo™ biopolymer brand), a biopolymer produced with 100% renewable resources from the polymerization of lactic acid; the fabric from the citrus fruit by-products (Orange Fiber); the material based on fiber from pineapple leaves (Piñatex); tissue from viticultural biomass (Vegea).

Art, technology and science – Two artworks by Tomás Saraceno make us reflect on the indispensability for human survival of developing renewable energies, researching new ways of living, observing other living forms (such as spiders, from which to draw valuable lessons). Saraceno pursues the idea of ​​a “achievable utopia” taking up and updating the visionary spirit of constructivism. Saraceno founded an open-source platform called Aerocene (era of the air) to promote a community project aimed at “an ethical collaboration with the atmosphere and the environment”.

The culture of diversity – We are glad that this delicate and crucial aspect has not been forgotten in the exhibition, included through the presentation of Exactitudes, a special project by Ellie Uyttenbroek and Ari Versluis with Salvatore Ferragamo employees, on clothing codes for various social groups. The room is covered with wallpaper on which all the portraits taken have been printed, uniting the people who work in Ferragamo under the sign of diversity. According to the Ferragamo’s Maison, “a truly responsible and sustainable company, in its growth perspective, must take into account the integration, in business management, of economic and environmental objectives, but also social ones, ie virtuous behaviour and ethical actions that manifest themselves in respect of the rights of workers, in the development of their skills and in the enhancement of the characteristics and ability of each individual”.

Return to nature – The exhibition path ends with a room dedicated to the return to natural fibers (animal or vegetable) and to the lost contact with Mother Earth. The section contains the works of two artists, the clothes of five new-generation designers and some organic fabrics. The latter, descending from the top of the ceiling, create circular environments, in which the visitor can enter and learn about the fibers from which the textiles are made, the processes, the world behind this production. In some cases it will be possible to wear minimal garments, conceived as patterns in canvas of the haute couture, to feel the texture of the fabric, its weight, its specificity (hemp, nettle, yak).

Art – The artwork Terzo Paradiso of Michelangelo Pistoletto, a new project aimed at reconciling artifice and nature for a more responsible humanity, is exhibited. “The symbol of the Third Paradise, reconfiguration of the mathematical sign of the infinite, is composed of three consecutive circles. The two outer circles represent all the differences and antinomies, including nature and artifice. The central one is the interpenetration between the opposite circles and represents the generative womb of the new humanity”. (M. P., Terzo Paradiso, 2003, www.pistoletto.it/it/testi/terzo_paradiso.pdf).

In the room the artworks by Piero Gilardi are also exhibited from the Tappeti-Natura (Carpets-Nature) project, of which five different recent versions created in expanded polyurethane can be admired. His artistic research, starting from the early sixties, was characterized by a strong social conscience, by a particular attention to the relationship between man and nature and to the drastic changes taking place in the landscape, in the environment and in the post-industrial world.

Natural fibers and fabrics: hemp (fabric supplied by Maeko Tessuti & Filati Naturali), organic coloured cotton (Organic Cotton Colours), felt (a non-woven fabric, produced with fiber felting – Filz Torino Felt), Kapok (the 100% vegetable and natural fiber obtained from the fruits of a tree, produced by Flocus), the native wools (by Lanificio Fratelli Piacenza, from the Italian sheep farms where the wool lies abandoned on the territories where the shepherds and the farmers, forced by the biological cycle and by the necessity of survival of the animals, directly practice the shearing of their own flocks), the organic linen (supplied by TINTEX Textiles), the nettle (by Camira Fabrics), the vegan silk violente (by Ereena), cork (by Villani Leonello), natural colors (from Clementina by Sissi Castellano and Stefano Panconesi) and mYak yarn (from the finest and thinnest fiber of baby yak). Among the natural fabrics also the creations of Chiara Vigo (article on the silk of the sea) that with the linen weaves masterfully precious works that can neither be bought nor sold, just donated or received.

From leftovers of thread or fabric, the ecological sponges for our home! 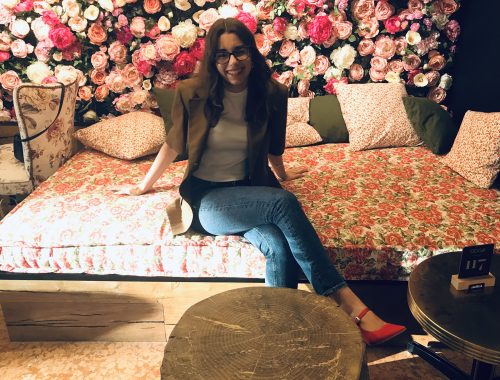 A personal style inspired by music and cinema, as a remedy for fleeting (and not very sustainable) fashion trends: Marilena and the 80s and 90s! 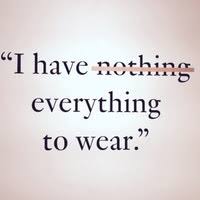 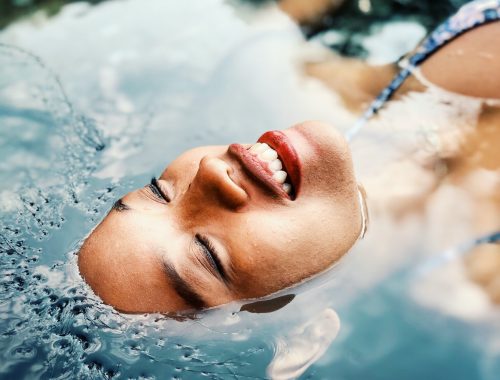 Any cookies that may not be particularly necessary for the website to function and is used specifically to collect user personal data via analytics, ads, other embedded contents are termed as non-necessary cookies. It is mandatory to procure user consent prior to running these cookies on your website.

What’s included in the introductory kit?

All materials is currently available only in Italian (English version is coming).