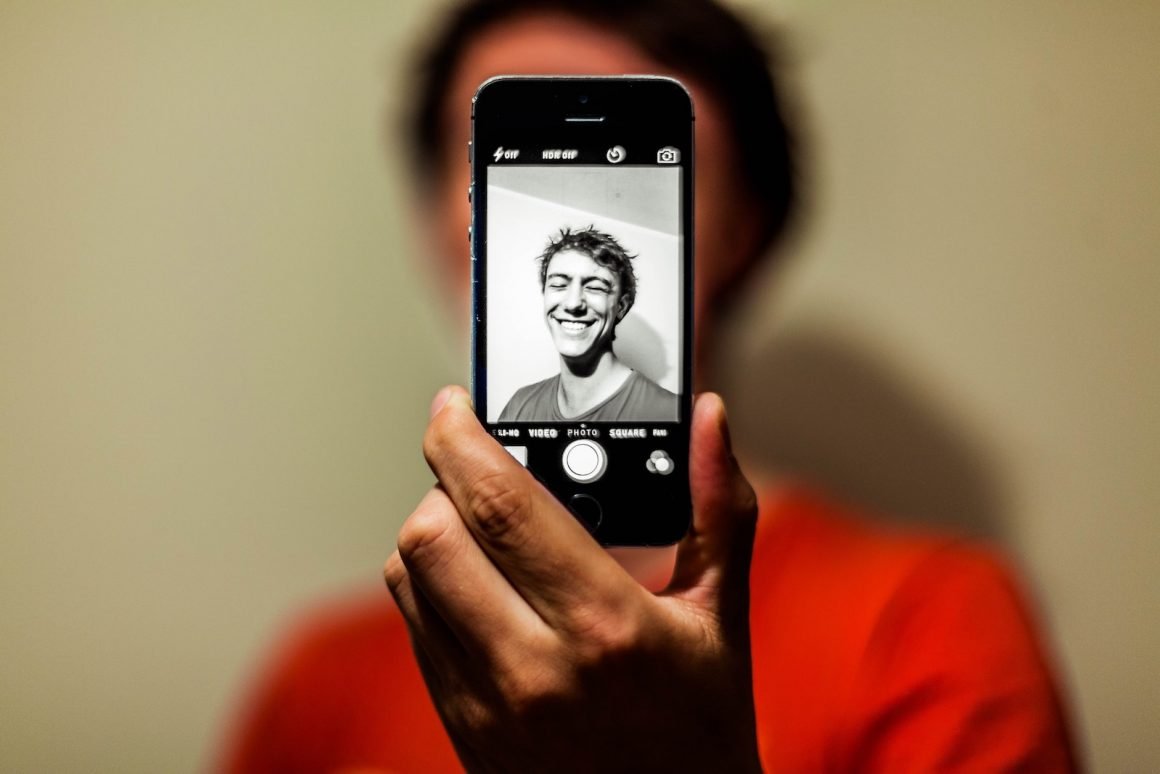 In France, legislation came into force in January 2017 with the aim of encouraging more socially responsible advertisements and avoiding the use of images of artificially thin bodies of models, the vision of which can induce eating disorders among adolescents. Article L. 2133-2 of the French Code of Public Health (FPHC) provides that “photographs for commercial purposes of models whose physical appearance has been altered by image processing software, in order to slim or thicken the figure , must be accompanied by the words photographie retouchée”. Similarly, the UK is about to introduce a new law that would require explicitly tagging digitally altered images. In Norway, the amendments to the law 9 January 2009 n.2, on the control of marketing and contractual conditions, make these days mandatory for influencers and advertisers to declare whether the images have been retouched or if they use filters, in an attempt to cope to the social pressure on the perfection of the body.

In particular, the following changes have been made to the legislation:

§ 2 second paragraph:
“The advertiser and the person designing the ad must also ensure that the ad in which the shape, size or skin of a body has been altered by retouching or other manipulation is marked. The Ministry provides additional provisions in the regulations on the methods of marking the announcement and on the exceptions to the obligation of marking”.

§ 35, second paragraph:
“The verification referred to in Article 2, second paragraph, first sentence, however, takes place on the basis of considerations of equality between the sexes, with particular regard to the way in which women are represented”.

The legislation will apply to all major social media platforms including Instagram, Snapchat and TikTok and will come into effect as directed by the Norwegian monarch. Violations include escalating fines and, in some extreme cases, imprisonment.

It will be necessary to indicate whether “the shape, size or skin of a body has been changed by retouching or other manipulation”. It is the latest development, after years of advocacy by youth groups and the Norwegian Ministry of Childhood and Family, calling for tougher measures to address growing concerns about body image and mental health. The changes to the legislation stem from concern for a culture that fosters insecurity and low self-esteem: more than half of 10th-grade girls in Oslo struggle with their mental health and anorexia is the third most common cause of death among girls.

“Young people are under a lot of pressure to look good through, among other things, advertising and social media, and the models that are shown are often digitally retouched. This exposes young people to an impossible-to-achieve ideal of beauty”, the department said in its proposal.

Already in 2016 Norway had shown attention to the issue

Trondheim, one of the largest cities in the country, had taken a stand against manipulated body images in advertisements on the city streets. In fact, the city decided to ban all advertisements that could contribute to a negative view of body among residents.

“Since it is a completely unrealistic pressure if [the images] are manipulated… it creates a pressure that no one can handle. If we are able to get rid of it at least in part, we want to do it”.
Trondheim city councilor Ottar Michelsen

In glossy magazines it is a practice that each of us have had the opportunity to see over the years. A slimming of the hips, the elimination of stretch marks and cellulite, the stretching of wrinkles, the disappearance of dark circles and many other tricks to show bodies that are always perfect and young. Arousing in the viewer a feeling of inadequacy, a desire to be different from what one is and an endless pursuit of perfection.

Idealized beauty standards are nothing new today, instead representations of the ideal body for public consumption have existed for centuries. But as Michelsen puts it, “the pressure on young people about what body image should be, I think is much stronger now than it was in the past. It affects all of society. When we see that young people, teenagers, are willing to have plastic surgery to look more like these images, I think it’s time to put the brakes on”.

To protect the mental health and well-being of users, some social networks have also intervened in this direction. In early 2021 Pinterest was the first platform to eliminate advertising for weight loss products, appetite suppressing pills and supplements, before and after weight loss images, body shaming, and non-cosmetic result claims. realistic. “Around the world, people of all ages are facing challenges related to body image and mental health, particularly as we emerge from the COVID-19 pandemic and kick off the summer season”, Pinterest said in a post on blog.

In 2017, Getty Images announced that it will no longer accept photoshopped photographs to make models appear thinner or wider. In an email explaining the new policy, Getty announces the change to the creative skills submission requirements guidelines, essentially guidelines for freelance contributors, for all creative content to ban body retouching.

Tik Tok has revamped its policies to limit ads that do not align with the “positive, inclusive and safe experience we are committed to on Tik Tok”. The app banned advertising for weight loss supplements and increased restrictions on ads that promote “harmful or negative body image”.

To the point of making people little or completely unrecognizable in case of live meetings. In fact, not only influencers, but also users in personal profiles or in dating apps resort to excessive alterations of their digital image. More and more often we hear stories of those who, passing from a virtual to a real acquaintance, have been disappointed. Sometimes it is just a matter of giving too much importance to aesthetics, but other times the point is the feeling of having been deceived and of lack of sincerity on the part of the other person.

We are not talking about small adjustments to exposure, contrast, size of a photo (who of us has never technically intervened on a photo?), but of real manipulations to the point of not allowing to connect the person in real life to the online image with all its strengths and weaknesses (isn’t it much better when someone knows us personally and exclaims “you are better live!”?).

Netflix documentary The Social Dilemma revealed that suicides of pre-teen girls in the United States have skyrocketed by 150% and one of the main reasons is the increased use of unrealistic images on social media. Case24, a phone case company, conducted a study analyzing the editing habits of Brits before uploading an image to social media: 71% of people edit the selfies they post.

In 2019, photographer Rankin made the series of Selfie Harm shots in which he photographed 14 teenagers and handed them the image to edit and filter, until they considered it “ready for social media”, juxtaposing them to the un-retouched versions. Rankin found that the participants themselves preferred the originals, but did what they had seen their peers do. The photos are part of an exhibition and panel called “Visual Diet”, an initiative launched by M&C Saatchi, Rankin and MTArt Agency that explores the impact of images on our mental health.

“This is a new, improved reality, a world where teenagers (or even younger children) can digitally change themselves in seconds. Mix this readily available technology with celebrities and influencers sporting impossible shapes with impossible faces and we’ve got a recipe for disaster”.

Are we becoming more obsessed with aesthetics, experiencing mental health disorders, low self-esteem or pathological behaviors more frequently than in the past, especially among young people? The discourse on images is really broad and complex, there would be many things to say and we will return to talk about this theme, because a more responsible fashion also involves giving voice to positive messages. Like that of a healthy relationship with our body and the acceptance of the impossibility of perfection.

The ecofashion show is back in Frasso Sabino: designers create wonderful clothes from waste

WHATaECO! The site where you can find what you need in a more sustainable version 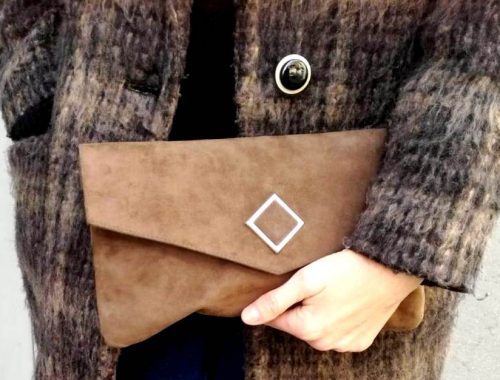 ArmuaR, the (sustainable) wardrobe of wonders! 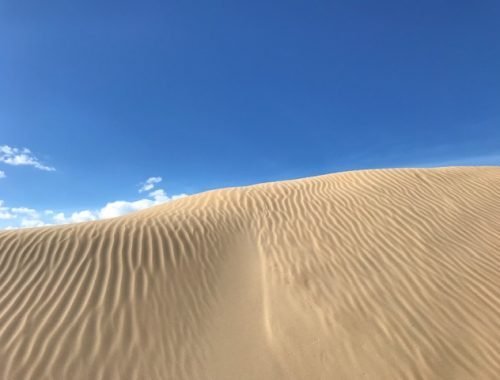 How the walk has changed – Dress ECOde’s lifestyle 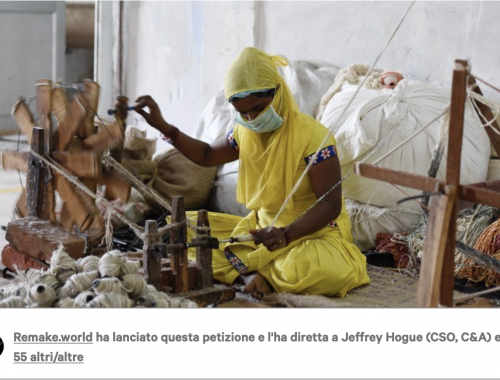 Fast fashion and social sustainability during COVID-19: which brands are not paying workers?