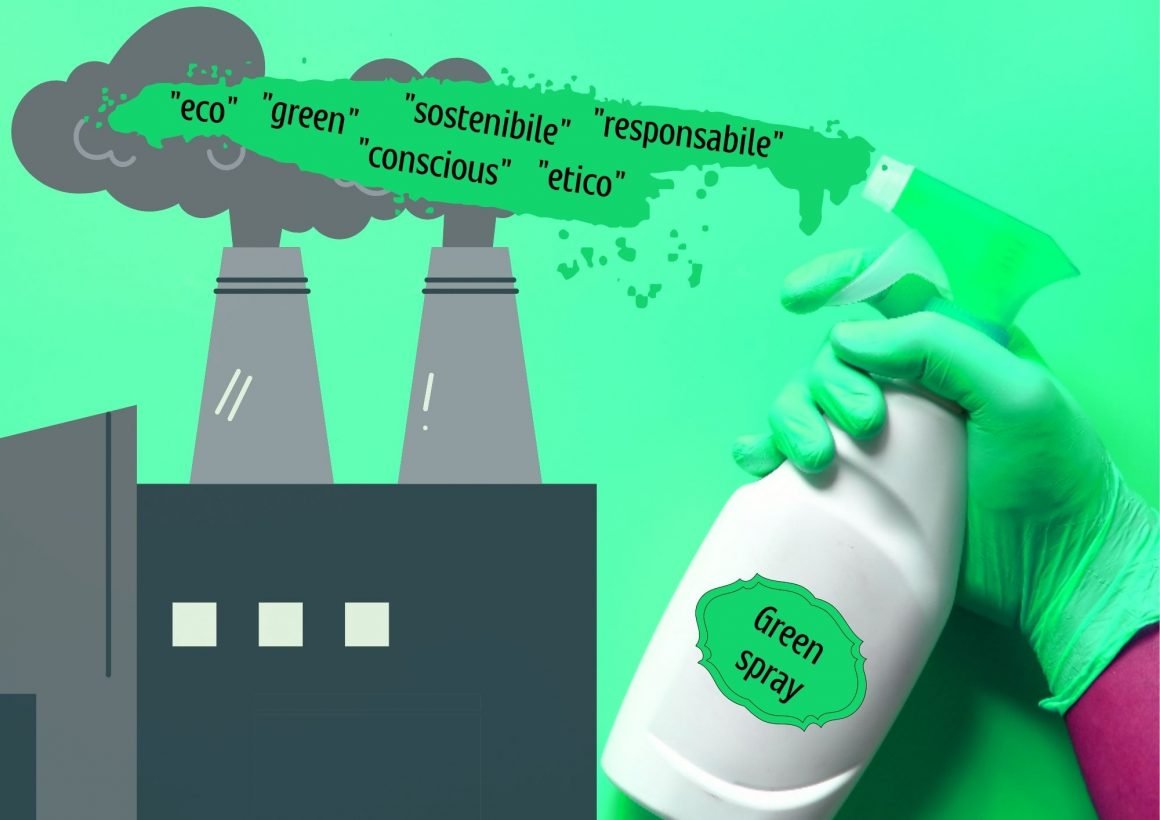 Thanks to a collective action against H&M, this time it is in the United States that the truthfulness of the information on sustainability communicated by the Swedish giant is being investigated.

On July 22, Chelsea Commodore filed a lawsuit in a federal court in New York alleging that H&M is engaging in misleading practices and advertising “taking advantage of consumer interest” in sustainability and products that “do not harm the environment” . According to Commodore, a consumer could reasonably believe such claims, particularly considering that H&M is a nationally recognized company.

The fast fashion brand is accused of “trying to differentiate itself from other fashion products with greenwashing”. Practice deemed unfair, according to Chelsea, because it is one of the biggest pollutants in fashion. He knows that products are unsustainable and contributes to significant negative environmental damage throughout the product’s entire lifecycle, from growing fiber to incineration.

Over the past year, H&M has introduced the Sustainability Profiles.

Consumers can read the scores assigned to some products based on the environmental impact of the materials used to make them. The information is presented on green tags, in-store signage, and online marketing. They cover detailed data on water consumption and pollution, the impact on global warming and the use of fossil fuels.

Commodore claims that these sustainability profiles include information that does not match actual data for hundreds of products.

She takes as an example a dress whose profile shows 20 percent less water consumption, when in fact it was made with 20 percent more water, according to a Quartz’s independent survey. Following the results, the brand removed all Sustainability Scorecards submitted for the products.

“The rapid retreat by H&M and its industry peers adds to the argument that there is no such thing as sustainable fast fashion”, commented Quartz.

The lawsuit is based on the lack of a real greater sustainability of H&M’s products marketed as sustainable.

Another example shows that the Swedish brand presented “a particular product as made with 30% less water when the Higg website, where H&M procured this information, showed that the article was actually made with 31 % more water, which makes the situation worse than conventional materials,”says Commodore.

H&M makes further misrepresentations about the nature of the products in its Conscious Collection.

These products “contain a higher percentage of synthetics than the main collection,” says Commodore, but H&M “gives consumers the impression that the materials used in its products are still environmentally sustainable”

Also under accusation is the declaration to transform old items into new ones or to exclude sending to landfills.

“Recycling solutions do not exist or are not commercially available on a large scale for the vast majority of products,” explains Commodore. “It would take H&M more than a decade to recycle what it sells in a question of days.” About 35 percent of the collected H&M products are recycled into carpet padding, painters’ cloths or insulation, according to the indictment. The remaining clothing would end up in retail stores. second-hand, landfills and incinerators. The fabrics are donated or sold to second-hand markets such as Kenya, which received 185,000 tons of used clothing in 2019. They are often difficult to reuse or sell for various reasons, including poor quality. Since most of the garments can not actually be sold, they end up in landfills.

“Consumers pay a price premium in the belief that they are buying truly sustainable and environmentally friendly clothing.”

As a result, Commodore claims that she and other buyers have “suffered financial damage”, as “they would not have bought the products or paid as much if the true facts had been known.” The accusation is therefore of falsifying the sustainability profiles with misleading and inaccurate data.

Commodore is trying to get the court to certify its class action proposal, to allow other consumers who have purchased H&M products with a sustainability profile or a misleading representation of sustainability to participate in the action.

The number of lawsuits is on the rise and the attention of regulators around the world for companies’ promotion of products and services such as “sustainable”, “green”, “environmentally friendly” is growing “,”eco”,” made responsibly”, “ethically”, etc.

We talked about the Swedish giant here: H&M recycles used clothes in 5 hours 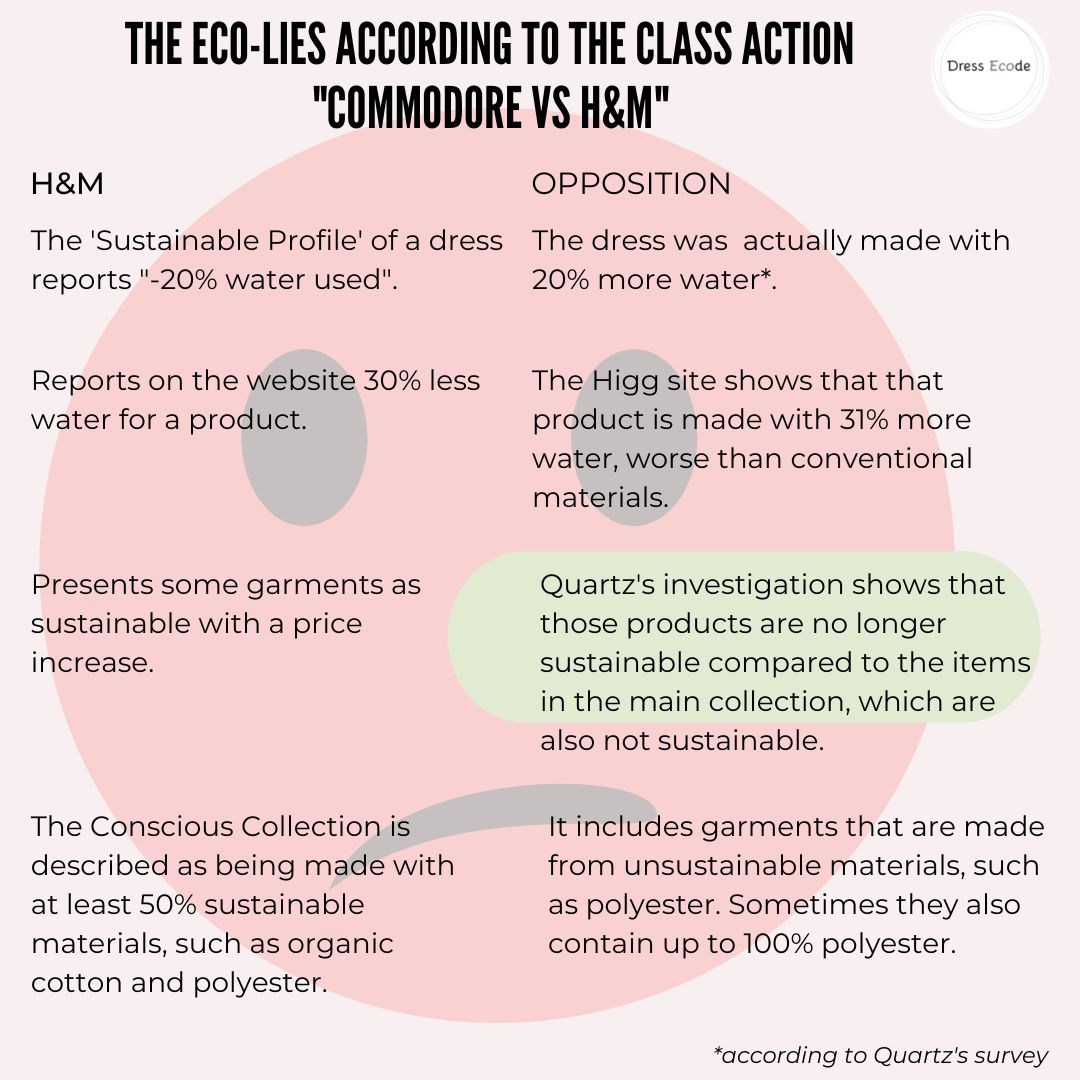 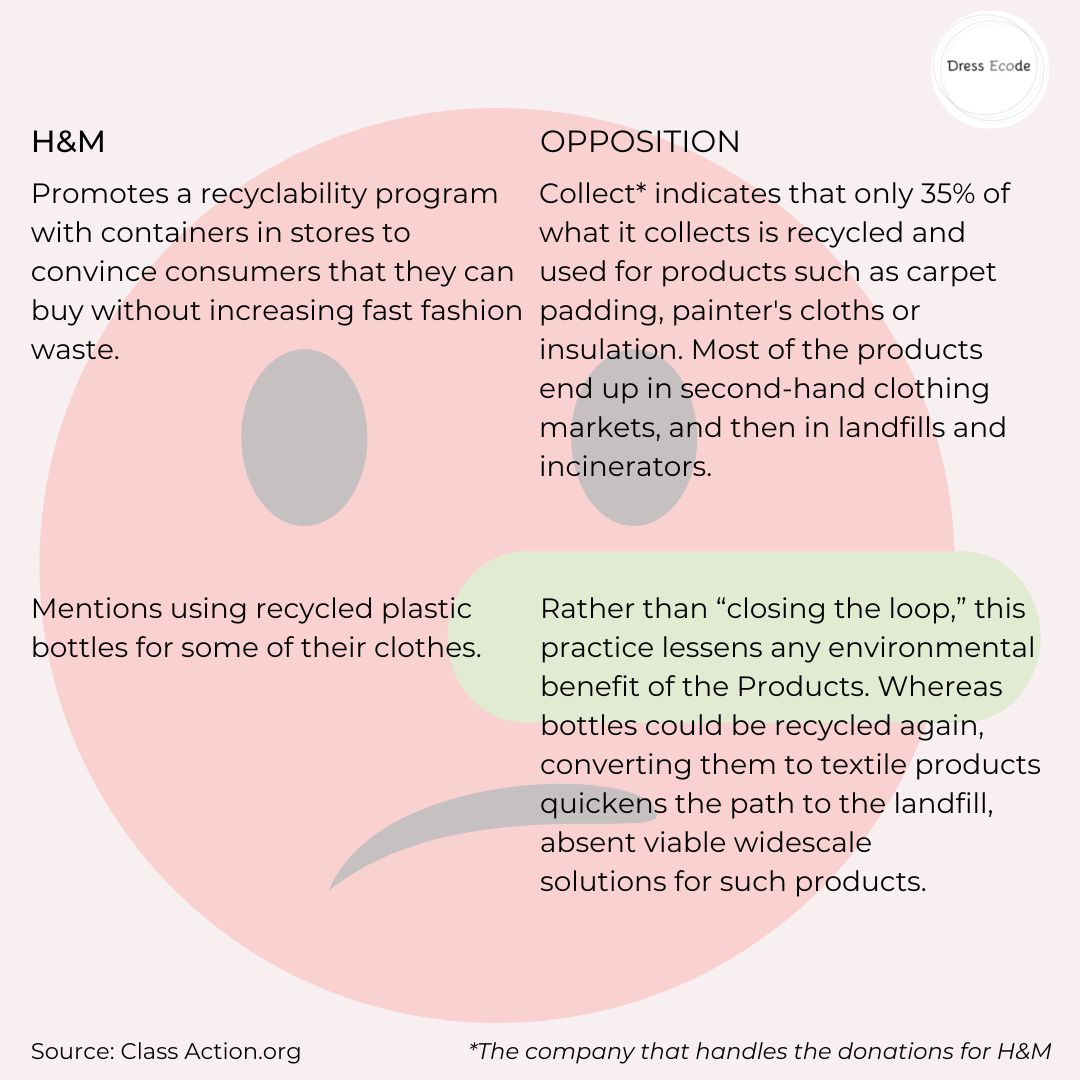 The upcycling fashion show under the stars of Frasso Sabino 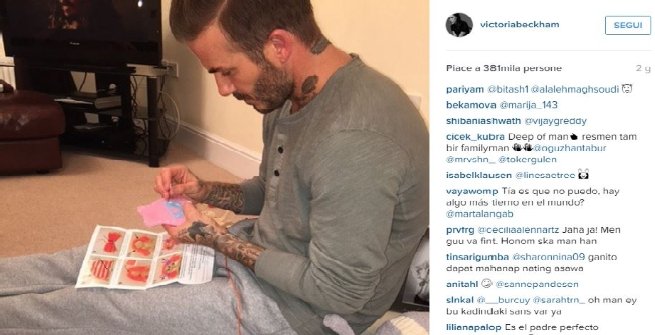 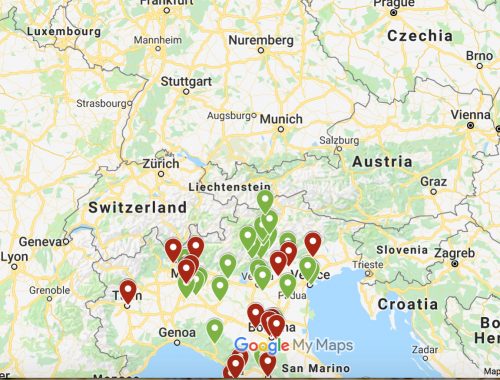 Would you like to know where to buy clothing in a more responsible way? 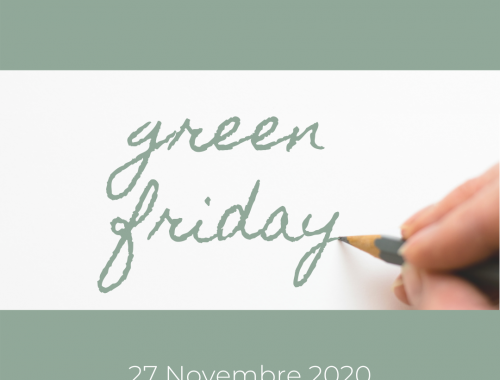 Brands and artisans participate in the initiative to oppose Black Friday: together with them let’s transform it into Green!